‘Here are lions’ is the Latin phrase used to indicate in ancient maps unknown and unexplored locations, where wild, mythological beasts were supposed to live, and where venturing was highly discouraged.
Today Google Maps have made everything easier and the inscription “Istituto Palazzolo per Istituti Pii” has replaced those topographic warnings.

This is a nursing home for disabled people in Rosà, Vicenza, which is run with dedication by both the ‘Suore delle Poverelle’ Congregation of Sisters and by highly specialized laic staff. For more than 90 years the nursing home has accommodated primarily women with serious physical and mental handicaps, but also orphaned girls and old nuns.

I came across this place in 2012, in the course of the annual Open Day event, which is aimed to make the outer world discover this reality. I felt instantly the urgent need to learn more about that meeting, and to describe it through photography. At the same time I understood that an “empathic” record would not be possible if I were perceived as an invisible eye or, even worse, an alien eye.

I then decided, after explaining my project to the institute coordinator, to approach the patients and the educators without my camera, spending four months with them and getting to know each other.
Later I started a photographic reportage depicting the daily life of the girls who are the guests of the institute, a life of afternoons spent watching TV, or in artistic workshops, motor activities and small trips. I’ve been shooting this way for one year and a half. Then I got lost.

During that time, some of the girls I had taken pictures of had died , and I realized that my photos would only witness their presence inside the institute, not their essence. So I understood that I wished to express the inner world each one of them lived in.

I got rid of everything and I started again with a fresh mind and a changed attitude, talking with the patients – those who actually could – and their educators, trying to learn more about the girls’ wishes, dreams and obsessions.
In the light of this information I visualized some scenes which might interpret their innermost dimensions with a single image.

However, the most important aspect was that the resulting pictures were not simply mise-en-scènes where I could shape dependents following my personal view, but that the girls were active protagonists of the photographic experience.

So, for each setting, I started to seek objects highly symbolic for the girls, and some of them even helped to tailor the settings.
This work has generated colour and coloured images, in which the persons often smile, proudly offering the camera lens relics of magic worlds very few are provided access to.

This view might seem disrespectful of an environment we are used to see through the black and white filter of grief, anguish and despair. Yet, at least here, if I too had retained this approach, I would have disrespected all the people who are daily dedicated to helping disabled persons to live a decent and happy life within the limits set by unfathomable trauma and diseases, not just to survive until the next day.

Finally, I would disrespect the very people who, first-hand experiencing the effects of such disabilities, have taught me for these three years how to accept pain as a step, and to catch the joy even in the deepest secrets of the soul. 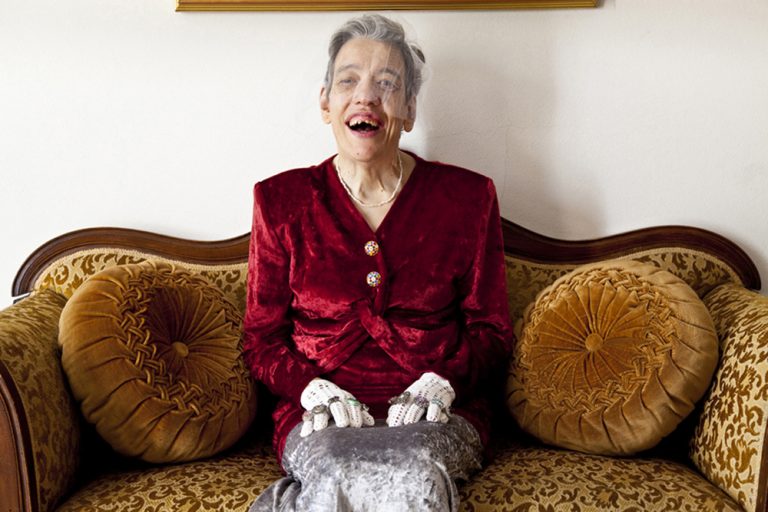 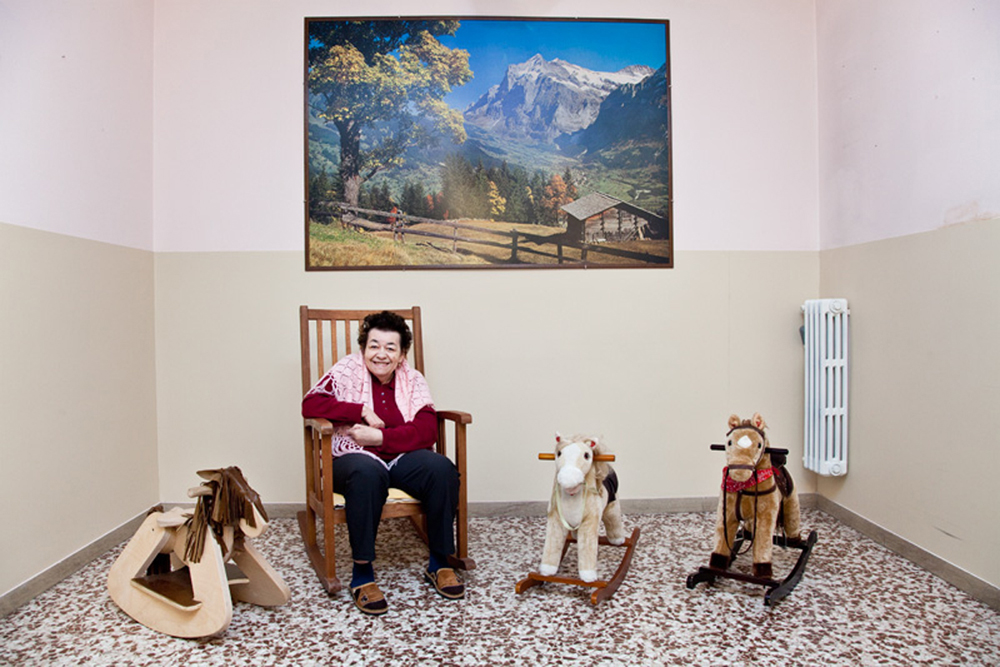 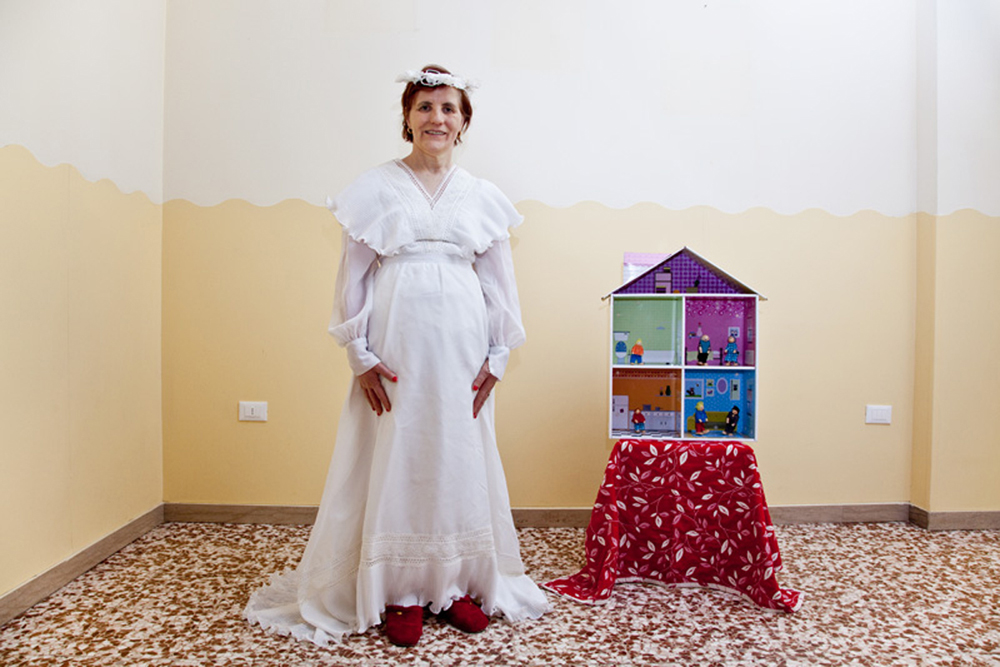 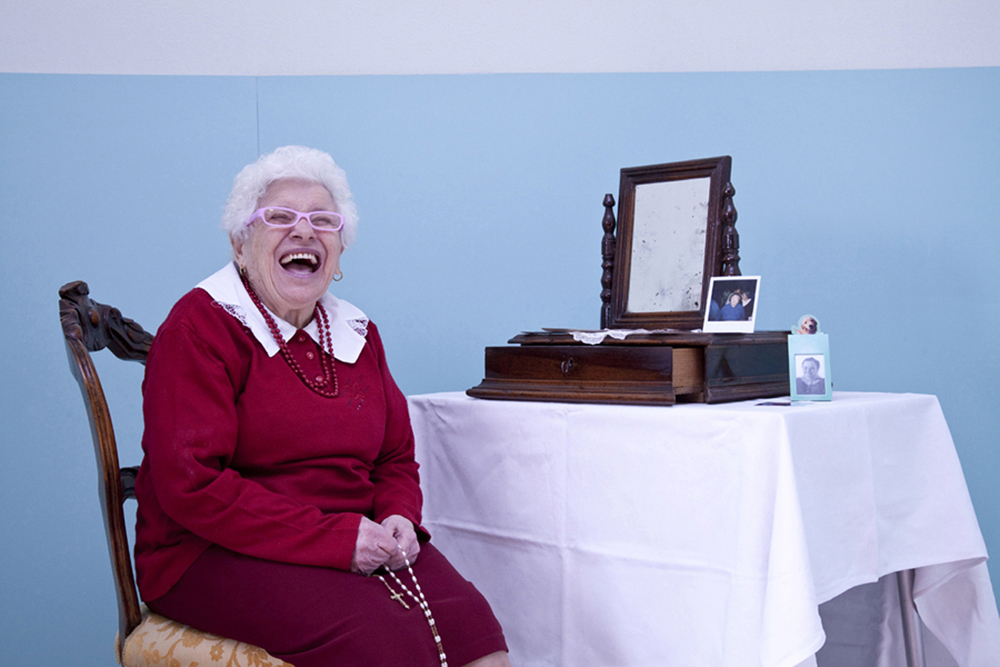 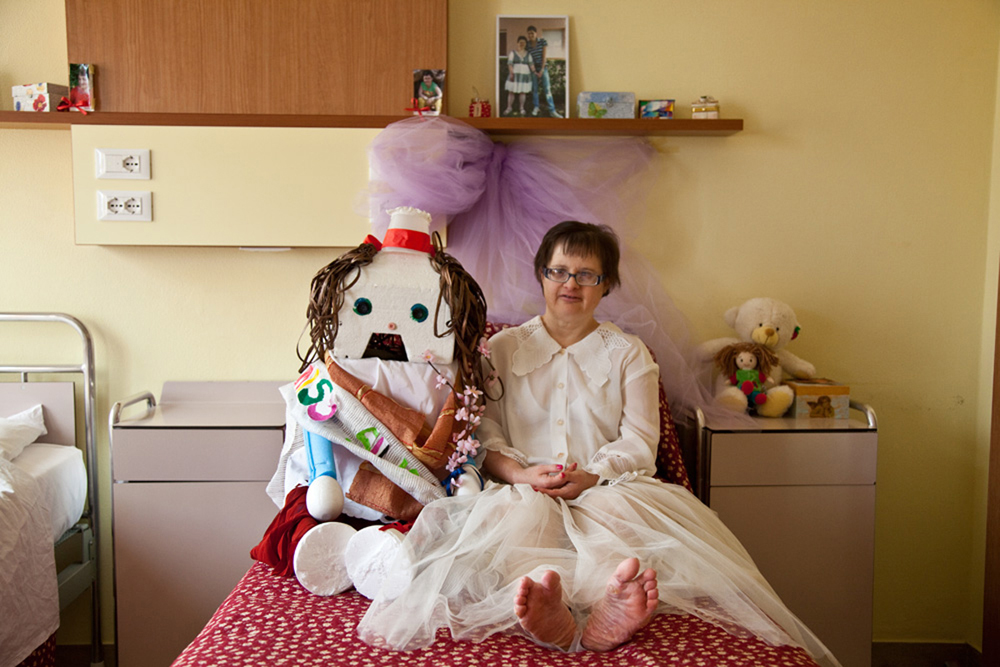 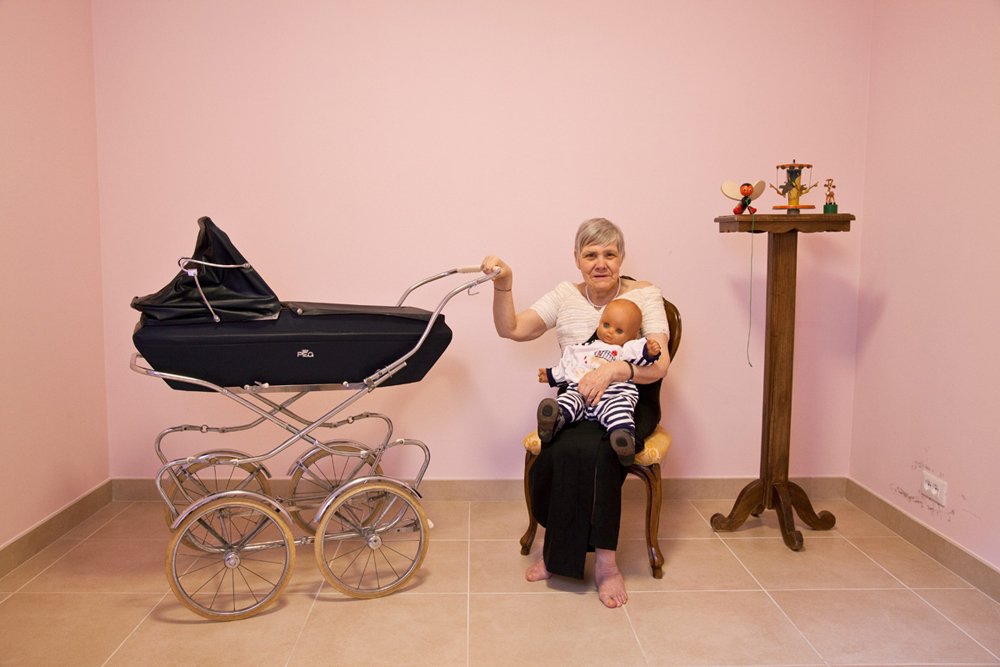 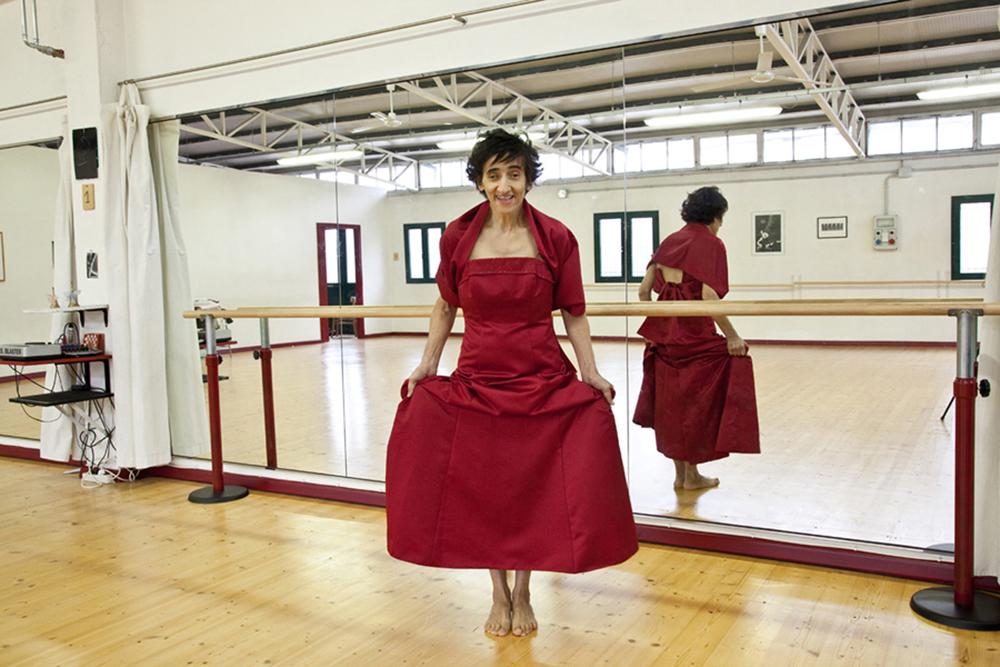 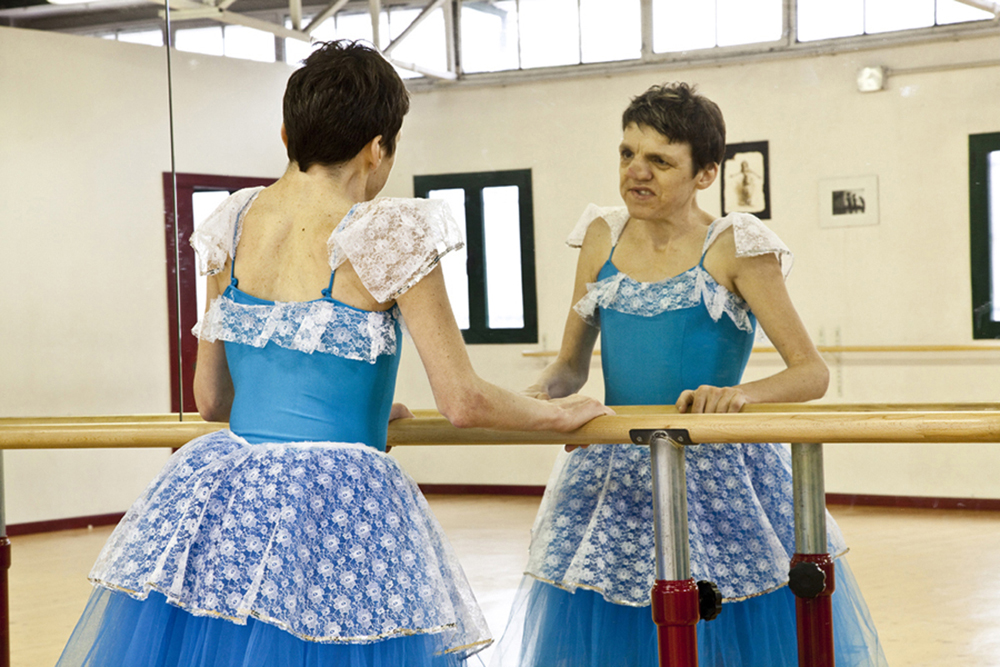 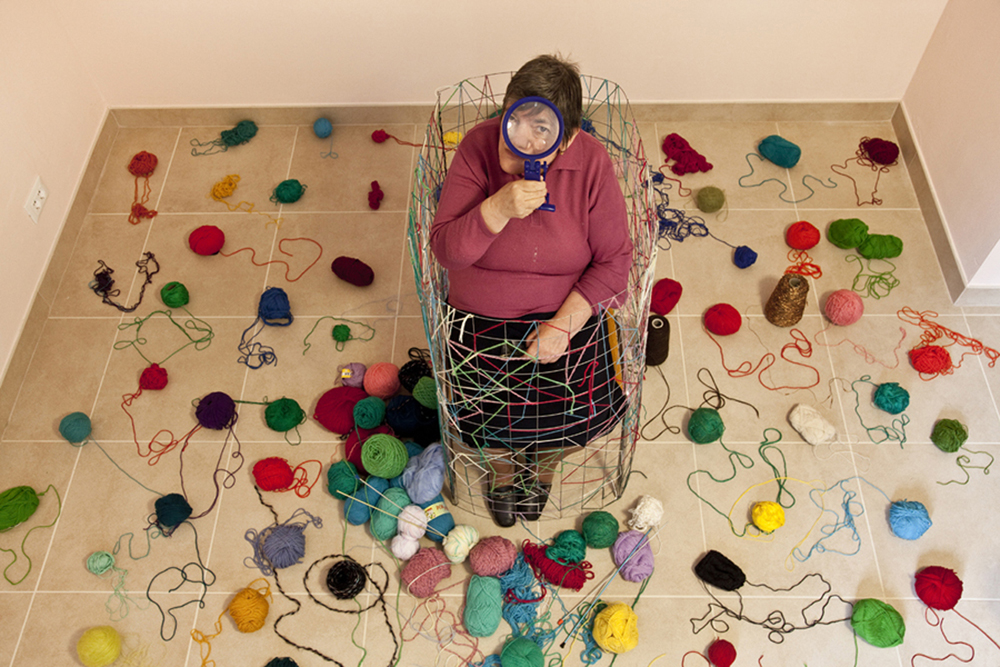 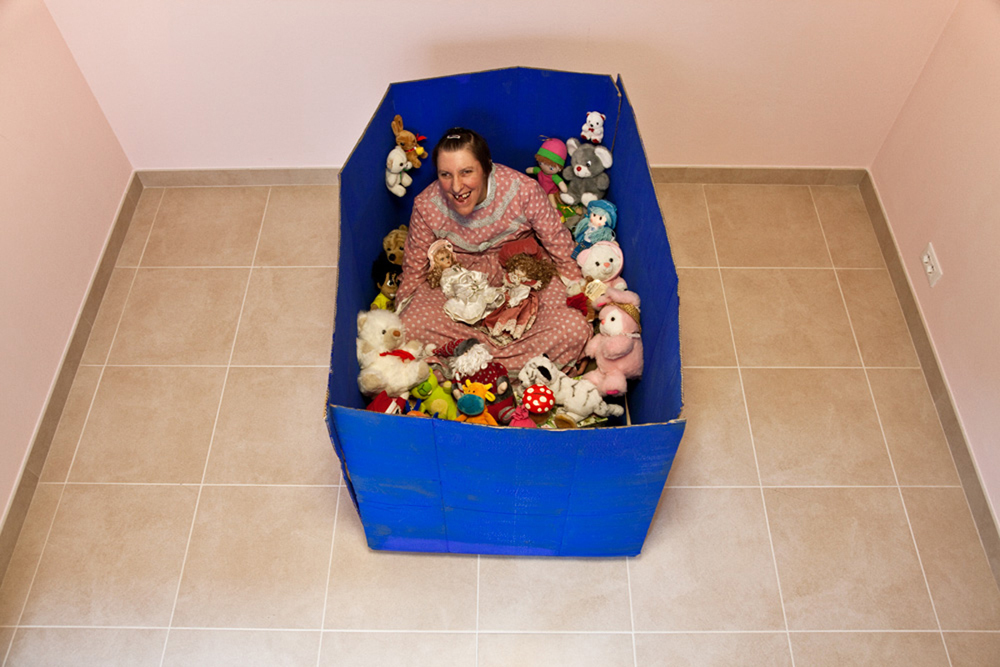 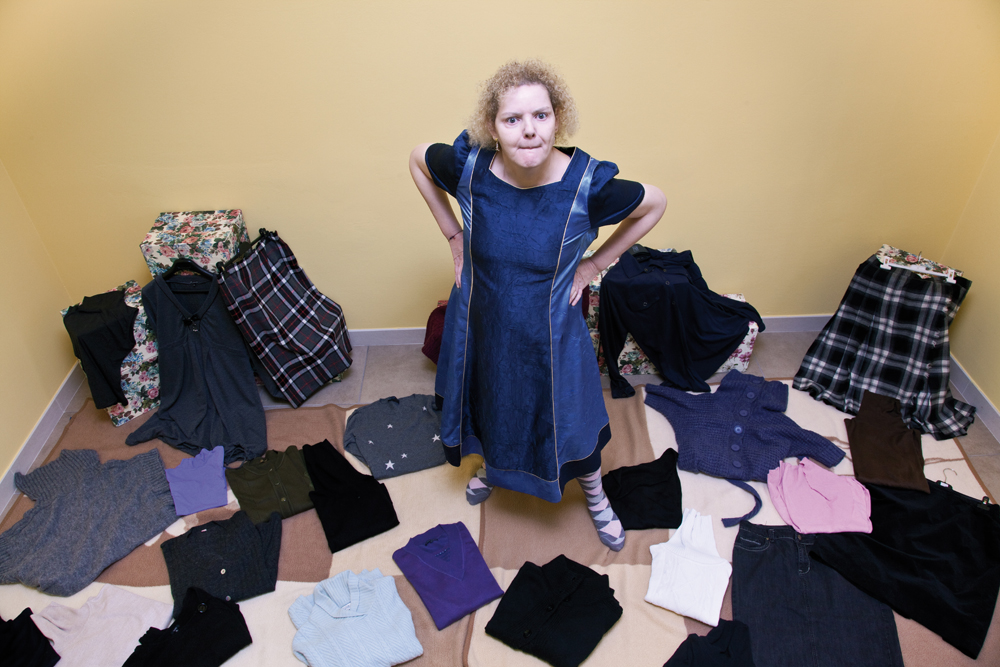 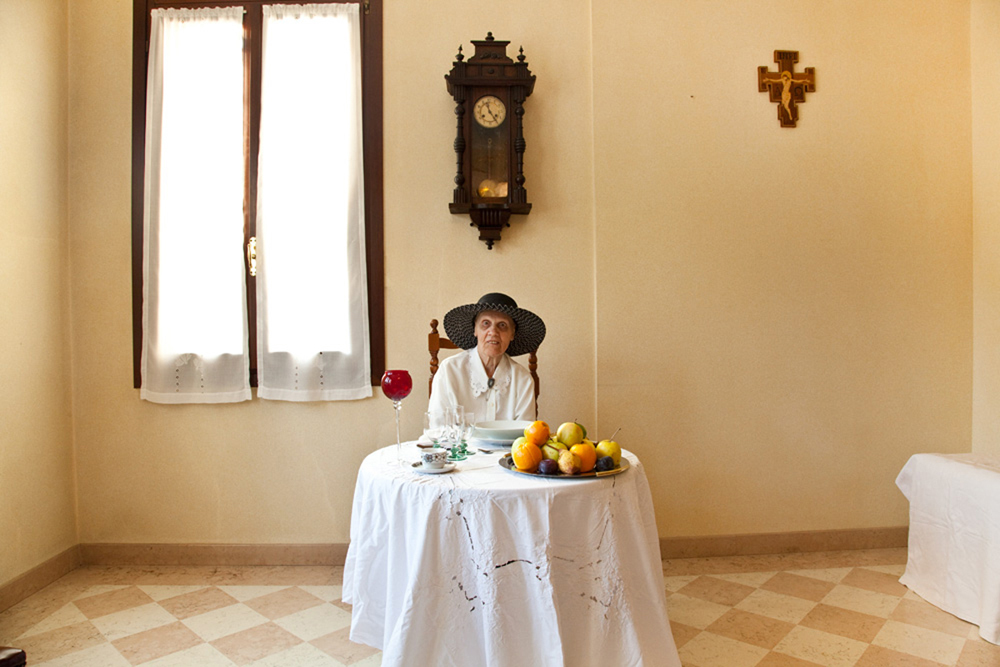 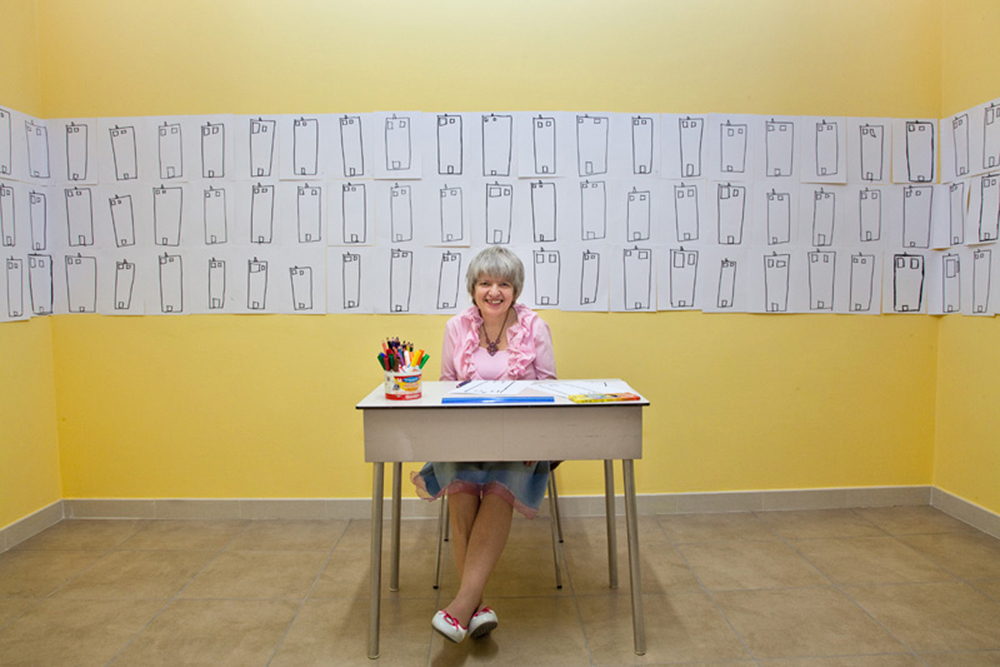 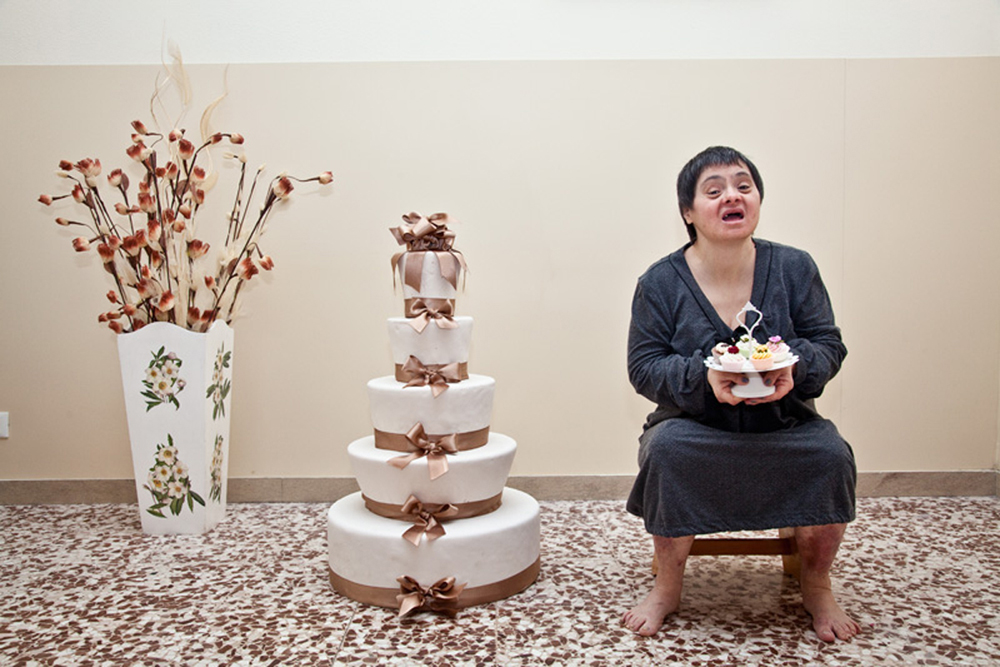 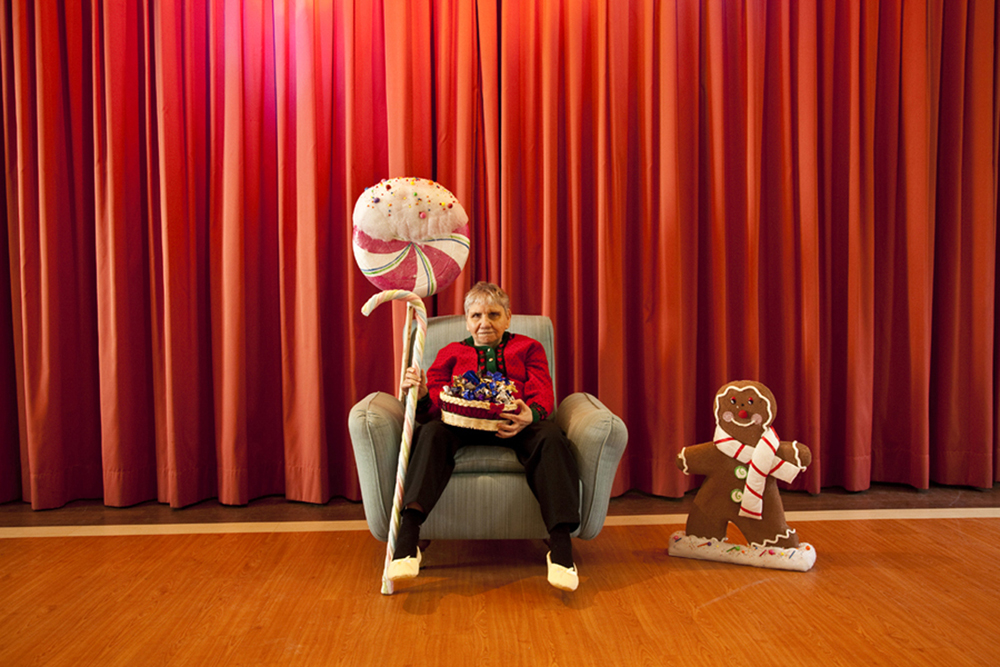 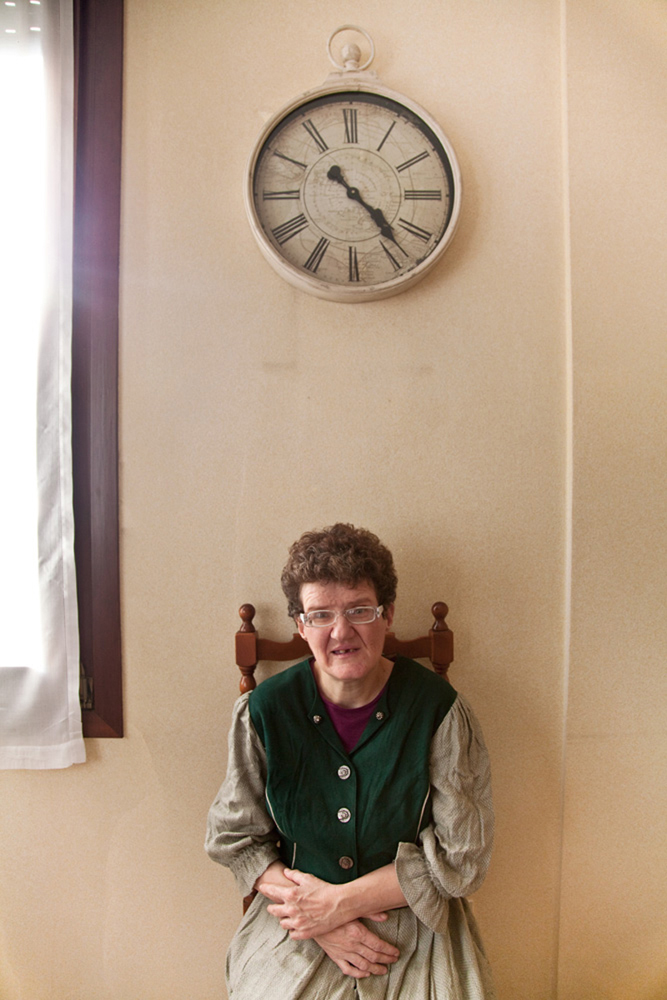 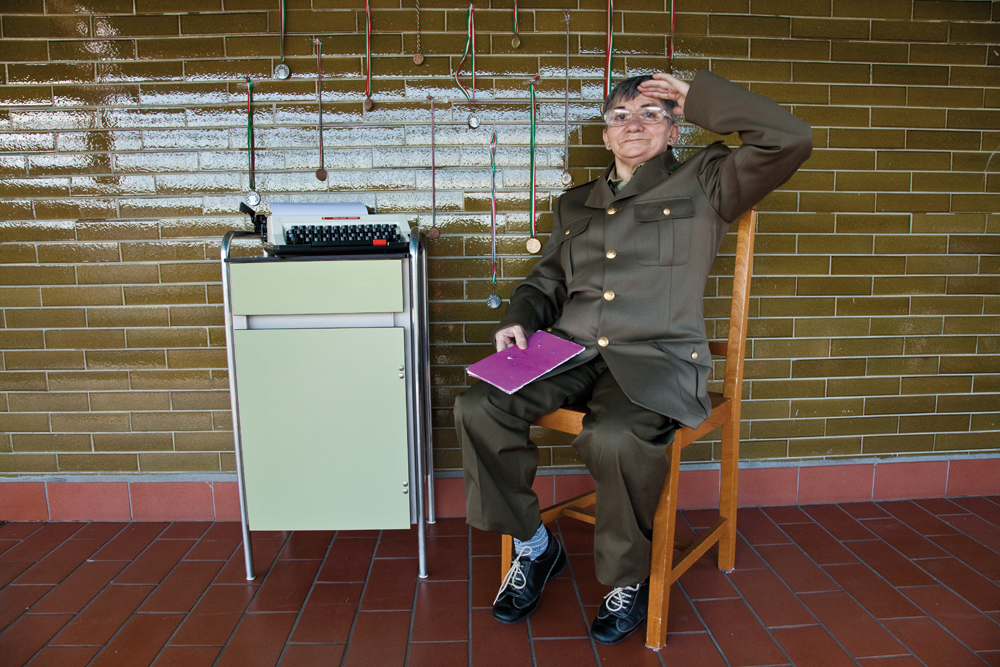 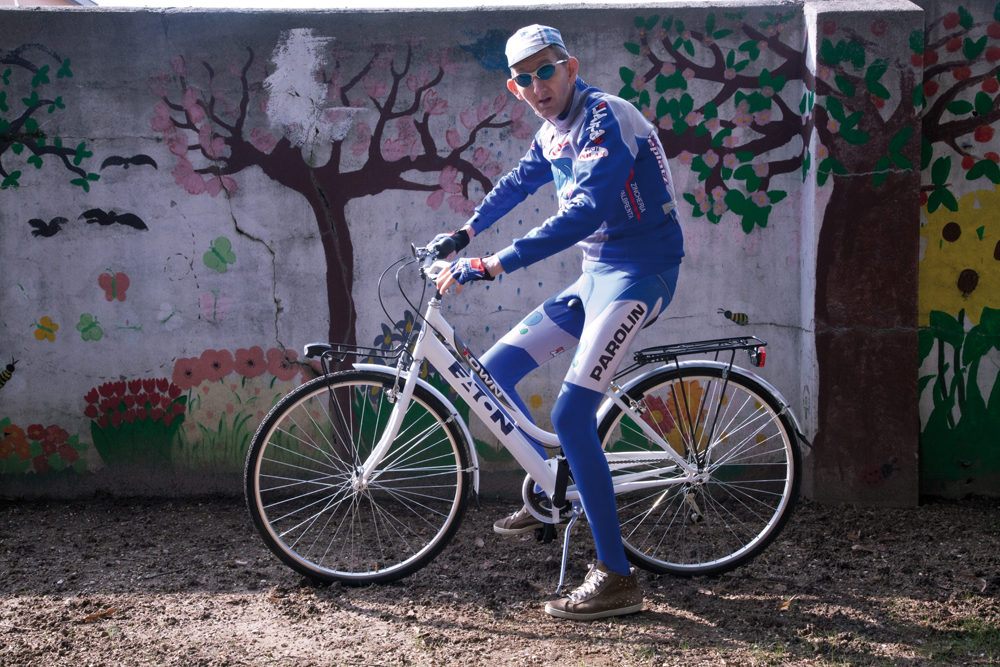 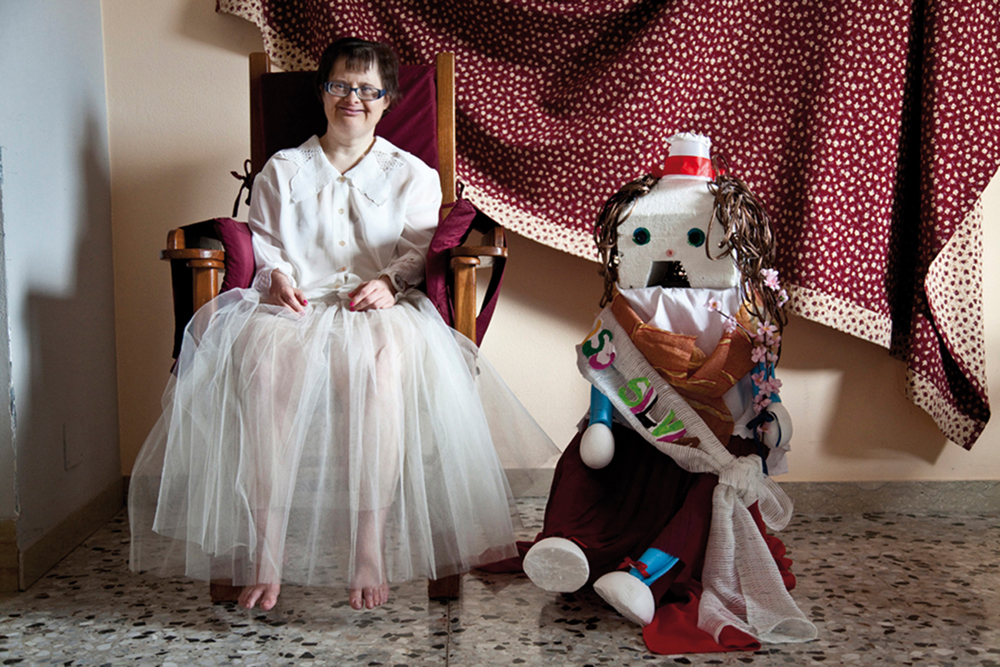 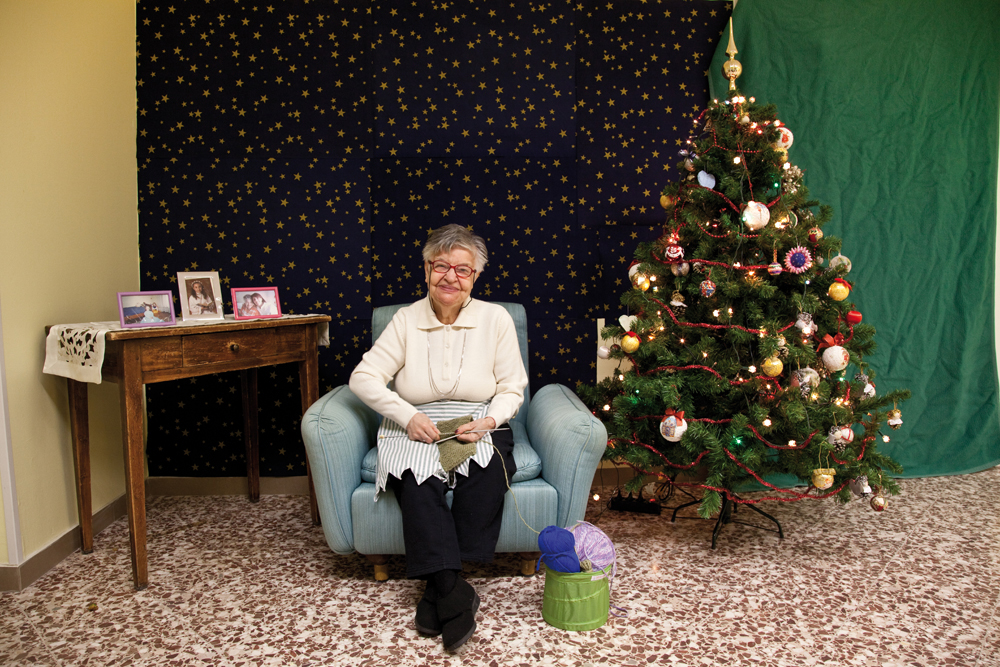 Antonia
Scroll to the top