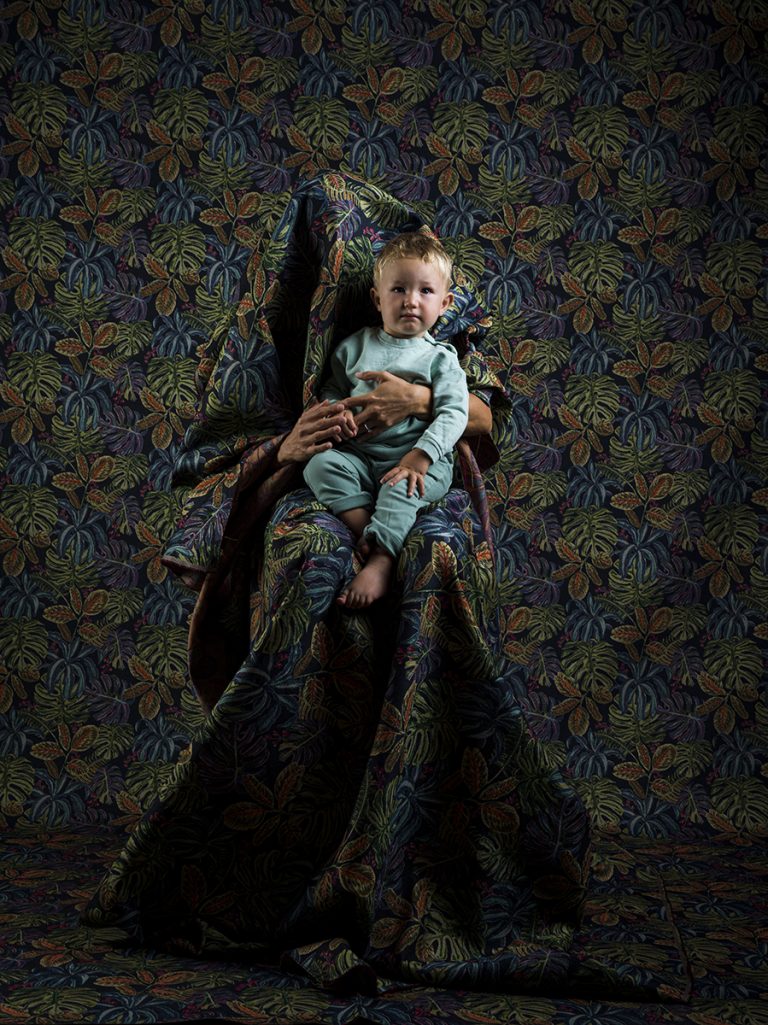 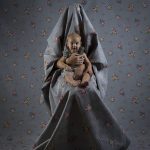 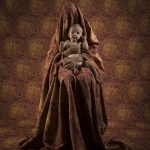 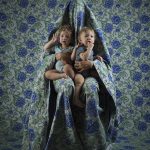 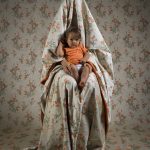 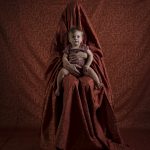 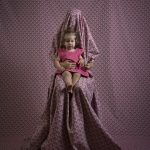 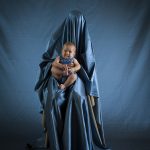 No one so near to you now

Reading a photography book, I focused on a page that described the concept of “Hidden Mothers”.

During the Victorian period the first cameras required long exposure times, for this reason the children (who had to remain still) were photographed together with their mothers, who were then removed from the image during printing, or hiding them under curtains. sheets and drapes.

As soon as I saw these images, I began to reflect on the strength of the bond that is established between a mother and her child and I immediately visualized how I would have told it.

In my photographs the drapes that cover the mothers are identical to those of the background, creating a mimesis that on the one hand symbolizes the difficulty for contemporary mothers to reconcile the growth of children with work needs, but at the same time the fusion of the body with these precious fabrics represents the creation of a metaphysical space, of a maternal place from which the child emerges to look out into the world.

Of the mother, only the arms and hands remain visible, which wrap the baby and which the baby clings to, in an intertwining of love and warmth that each mother develops in a personal and unique way.

Scroll to the top